Arabica vs Robusta: What’s the Difference? 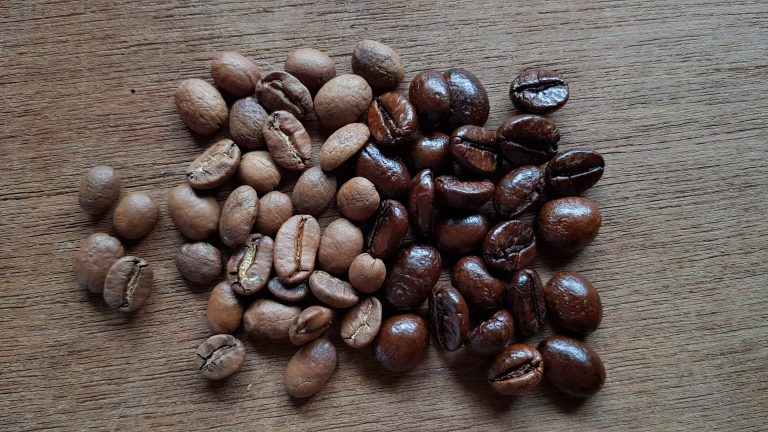 Coffea Arabica vs Robusta? Or alternatively known as Coffea Canephora are the two most widely produced coffee species. However, despite being distinct from each other, there’s a lot of confusion among coffee drinkers about their differences. If you happen to be one of those coffee drinkers, read on to learn how Arabica vs Robusta coffee beans differ and their separate counterparts.

We will focus on ten factors for this comparison to help educate you as much as possible on the subject of roasted coffee beans and Arabica vs Robusta beans coffee beans.

1. Height of the plants

Well before Coffea Arabica and Coffea Robusta are produced and sold, the differences between them start to emerge. The first factor we will focus on is the difference in height between the two species. Robusta plants tend to be on the taller side, with each plant growing up to 4.5 – 6 metres in height. The average height of the shorter Arabica plants ranges from 2.5 – 4.5 meters. Continuing on the Arabica vs Robusta debate, you can tell the size difference at first glance.

Furthering the comparison of Arabica vs Robusta. The Arabica and Robusta species happen to be the most popular among coffee connoisseurs and enthusiasts globally. However, in terms of their global cultivation percentage, there’s a gap. Robusta cultivation accounts for only around 25% of the coffee produced globally. On the other hand, the Arabica species has captured the majority of the market, with a whopping 75% global cultivation. So, where are Robusta beans grown? The most famous Robusta producer is Vietnam in South East Asia, while Brazil is the world’s largest Arabica producer.

3. Shape of the coffee beans 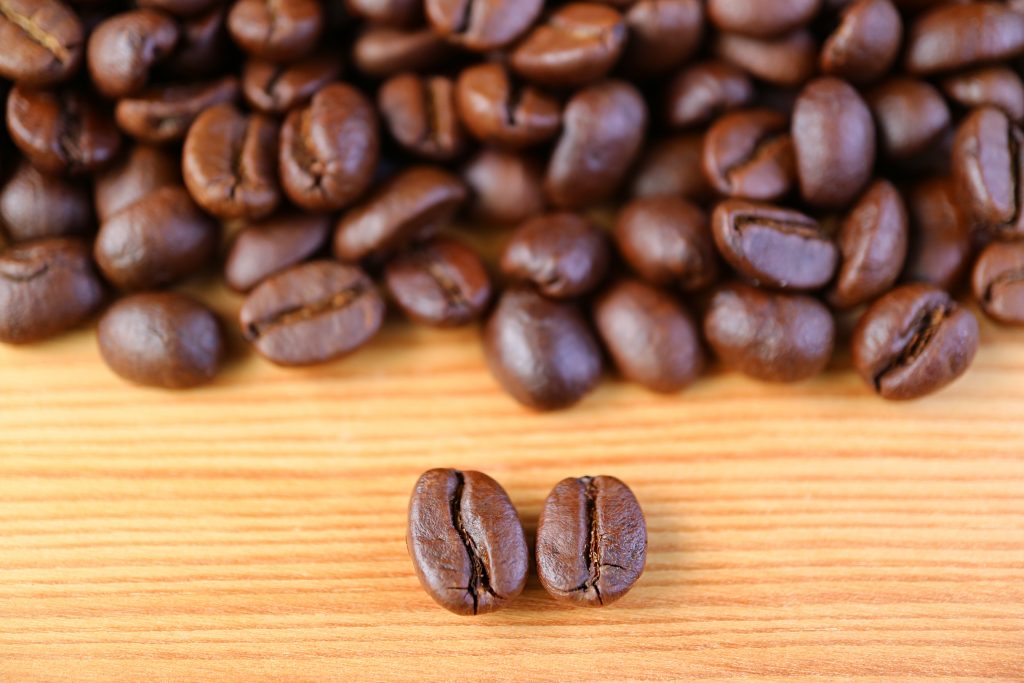 At the end of the day, the star of any coffee product is its caffeine content – at least for the casual drinker. The same can’t be said for connoisseurs though, who enjoy caffeine but aren’t big fans of its bitter taste. Simply put, if coffee has more caffeine in it, it will taste more bitter. So, are Arabica beans good or are Robusta beans better? Robusta coffee beans are higher in caffeine content (2.7%) compared to Arabica (1.5%).

Coffee’s health benefits stem from a compound called chlorogenic acid, which is known to reduce risks associated with medical conditions such as cancer and diabetes. Some of the other benefits of chlorogenic acid include mood enhancement, blood pressure reduction, and weight loss stimulation. It works by inhibiting alpha-glucosidase, an enzyme that breaks down carbohydrates. As a result, glucose and carbohydrate uptake is reduced during digestion. In Robusta coffee, the percentage of chlorogenic acid content stands around 7 – 10% – only slightly better than Arabica coffee, which contains around 5.5 – 8% chlorogenic acid.

The global cultivation statistics we shared with you earlier reflect the demand for Arabica coffee beans, which is significantly higher than the demand for Robusta. However, it fails to reflect the fact that cultivating Robusta coffee is easier than cultivating Arabica. The caffeine content in Robusta plants is typically higher compared to Arabica, and this helps the plants to fend off bugs and insects. Additionally, the average yields of Robusta plants tend to be higher than the average Arabica yield. So, this tends to favour Robusta beans within the Arabica vs Robusta debate.

For coffee connoisseurs, coffee is less about the caffeine content and more about the taste. Especially, when discussing Arabica vs Robusta coffee beans. However, for casual drinkers with automatic coffee machines, the taste is less of a priority – the main thing is to get that caffeine-driven stimulation – for instance, they may use the Bianchi Maestro coffee machine to grind either Arabica or Robusta beans.

While Arabica is the coffee bean of choice among connoisseurs, most instant coffee products available are almost entirely made from Robusta. So, is Robusta coffee good? It would be a mistake to think, however, that Arabica coffee is always better than Robusta. There are low, medium, and high grades among both species. While the highest grade Arabica is sure to taste significantly better than the highest grade Robusta, the latter may be better tasting than the lowest grade Arabica.

We’ve already touched on how Arabica and Robusta coffee beans differ in terms of taste.

However, this is where we hit the nail in the coffin in terms of why Robusta is less popular than Arabica coffee taste. Many connoisseurs have defined Robusta’s taste as “rubbery” and “burnt.” It’s no wonder why the majority of coffee drinkers don’t want those feelings inside their mouths, right? But this is a matter of taste. As a result,  you (the consumer) determine the taste of these two coffee beans, to differentiate between Arabica vs Robusta and your preference.

So, Arabica coffee beans are different from Robusta beans in many ways. We hope this post served as a valuable coffee education guide for you. Contact us today or keep following our blogs for more informative coffee-related posts at Corporate Coffee Solutions today.